Do you believe? "There are many serious minded people who have sacrificed their life without laughing"... this may be the biggest joke ever! YOU KNOW some "people are very serious about their LIFEEE... very serious!!!" Reminds me of a great poem written by Sukumar Ray, father of the legendary filmmaker Satyajit Ray.

"We are sons of Ramgoru,
Laughter is taboo in life,
A comic talk can make us laugh;
Boohoo, we do not laugh... we do not laugh!”
(Vide - Illustration "Ramgorurer Chhana" from Abol Tabol by Sukumar Ray)

Did you hunt by comedy ever in your life? Humm... let me guess, you are a very tough guy, like one of the "Ramgoru". Don't worry here is your remedy.

Now get used to with India's superstar stand-up comedians. LIVE IN STYLE.COM is a cultural revolution portal encouraging the biggest stand-up comedy show on YouTube. This is a chance for you who wants to laugh and enjoy every bold COMEDY HUNT show. 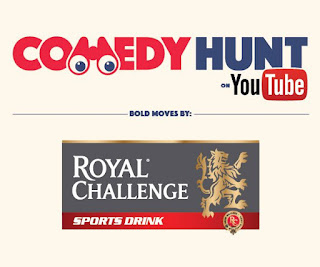 How www.liveinstyle.com is encouraging stand-up Comedy?

Ancient Greece is the birthplace of standup comedy. They would perform it in amphitheatres. It was done to honor the Greek god of wine and fertility named Dionysus. Menander was a famous stand-up comedian of the time.

India is a country where stand-up comedy is very popular and entertaining art. In the history of India, all kings had their jesters. Tenali Ramakrishna (c. 16th century) Indian jester of Emperor Krishnadevaraya of Vijayanagara Empire, was a legend. Today who don't know Nitin Gupta (Revaldo), Vipul Goel, Gursimran Khamba, and Aditi Mittal?

Get introduced with India's next biggest superstar comedians only at COMEDY HUNT on YouTube. The choice is yours, don't be a "Ramgoru"!