Xiaomi Redmi Prime 2 MIUI 7 - When We Can Get Android M OS Updates?

Xiaomi, Chinese smartphone manufacturer has new surprises. Xiaomi developers working day and night to surprise us with MIUI 8 soon. Hope it will come with "Android M" updates too. Sources said Google announced a list of Smartphones going to get "Android M" where in that list Xiaomi Prime 2 is listed. Though Xiaomi does not officially announced any such update is going to release in near future. 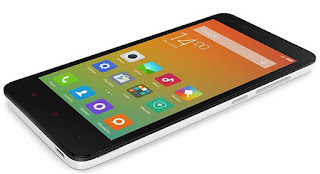 Still there is no update happened for Lollipop 5.1 in Redmi Prime 2 in India. Inbuilt Kitkat 4.4 latest version which is quite similar to Lollipop. So still customers do not need to worry about the OS update. But there is a huge expectation for Google's newly lunched "Android M" update in Redmi Prime 2. Which we think will going to happen in the next MIUI 8 version and will soon update all Redmi Prime 2 smart phones.
Posted by Vikram Roy at 9:08 AM